How to treat mould on carpets | Elite Skip to content

Why you need to worry about mould?

Mould is more than just an unsightly problem for home owners and landlords – it is a health hazard for building occupants. There are more than 100,000 species of mould, of which around 60 species are known to cause all sorts of health problems – from simple allergic reactions such as a runny nose or a cough to much more severe illnesses. The very old and the very young and those with a low immune system are even more at risk.

Over time mould can cause as much damage as white ant infestation.

In addition to health problems, mould also causes damage to building structures: over time mould can cause as much damage as white ant infestation.

How to stop and/or treat mould 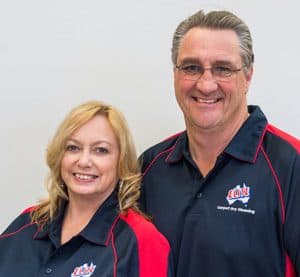 For mould to grow it needs a water source, a source of food, some warmth and a surface to grow on.

“The most important thing to do first is to check where the moisture is coming from, fix the underlying problem and then make sure that the structure is completely dry.”
explains Steve Dury, Elite’s Bathurst/Orange franchisee.

“Affected areas will then need to be treated or replaced. Common causes of damp problems include leaky plumbing and roofs, rising damp and of course flood damage. Insufficient ventilation will make the problem worse.”

It’s particularly important to treat or replace affected areas, as mould can reappear often long after the original incident. This is because mould, once it has taken hold, can remain dormant while it is dry and then start growing again when moisture comes back, for example during a period of high humidity.

What is required will also depend on where the mould has appeared: mould in a bathroom for example can often be treated relatively easily if it is caused simply by inadequate ventilation. But the more we know from scientific research about mould and its affect on the health of people and buildings, the more we know that the old way of dealing with mould – “just wipe it off” – will not fix the problem.

2 thoughts on “How to treat mould on carpets”