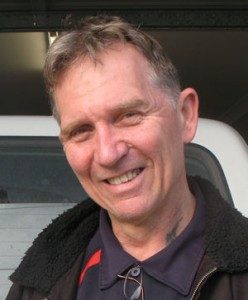 Peter Bonnily clearly loves carpet and upholstery cleaning – he is the franchisee for no less than four Elite franchise areas, all the way from Pullenvale in the west to Burpengary to the north of Brisbane. Based on the beautiful Redcliffe peninsula to the north west (or north north west if you want to be pedantic) of the Brisbane CBD, Peter took over the local Elite franchise from the previous owner, Barry George, around six years ago.

“At the time I was looking for a suitable franchise to get involved in and ended up checking out Barry’s business, which he wanted to sell so he could retire. I was very impressed by his business and the large and loyal client base he had.” explains Peter. “So I spent a bit of time working with Barry and getting some on the job training and then bought the business from him, and haven’t looked back since.”

Around twelve years ago Peter and his wife were living in Adelaide and would come up to Redcliffe in winter time to visit his sister-in-law. They really liked the sub tropical climate compared to the cold winters back in Adelaide, so decided to make the sea change and moved up. At the time Peter was working as a landscape gardener, which he continued for a short time when he came up to Queensland, before deciding to buy the Elite franchise.

Like some of our other franchisees, Peter can spend a fair bit of time in his vehicle driving between jobs, but he say it’s worth it to see the difference he can make to people’s homes and rooms.

“The combined size of the franchises we run mean I do a lot of driving, but we get a lot of job satisfaction from leaving furniture or carpet looking way better than it did when we arrived, and lifting the whole appearance and atmosphere in a house or a room,” he says.

Most of Peter’s clients are residential customers and of these quite a few take advantage of their upholstery cleaning, for which Elite has a growing reputation, in fact around a third of work Peter does is upholstery cleaning work.

“I’ve got a garden, but I don’t spend much time working in it to be honest. Actually I get a gardener in to do it for me!” says Peter.

Much like many of his time poor customers, he prefers to get another professional in to look after that aspect of his home!